Settlement in the New Baltimore area dates back to at least 1713. The town was carved from the town of Coxsackie on March 15, 1811 by an act of the New York State Legislature. By 1875, there were 248 farms with 33, 882 acres under cultivation. By the period between World Wars I and II, the Town was second in the County behind Cairo in acreage devoted to fruit growing and had the largest individual orchards.

New Baltimore has been closely associated economically with the Hudson. The natural little bay on the river’s west shore made a ready spot for handling cargo and passengers, with farmers and millers forming long lines to unload their goods. Shipbuilding and repair reached its peak in the mid-nineteenth century when the Baldwin family took charge and built over 150 barges, tugboats, ferries, and other craft. Because of business demands, the hamlet and other parts of town had hotels and stores of various types, which lasted well into this century.

Today, leisure crafts make the town marina a destination for Hudson River cruising, and the town is well-suited for supporting agri-businesses for craft producers. For more information on starting a business in New Baltimore, contact the Greene County Department of Economic Development at 518-719-3290 or submit the contact form below. 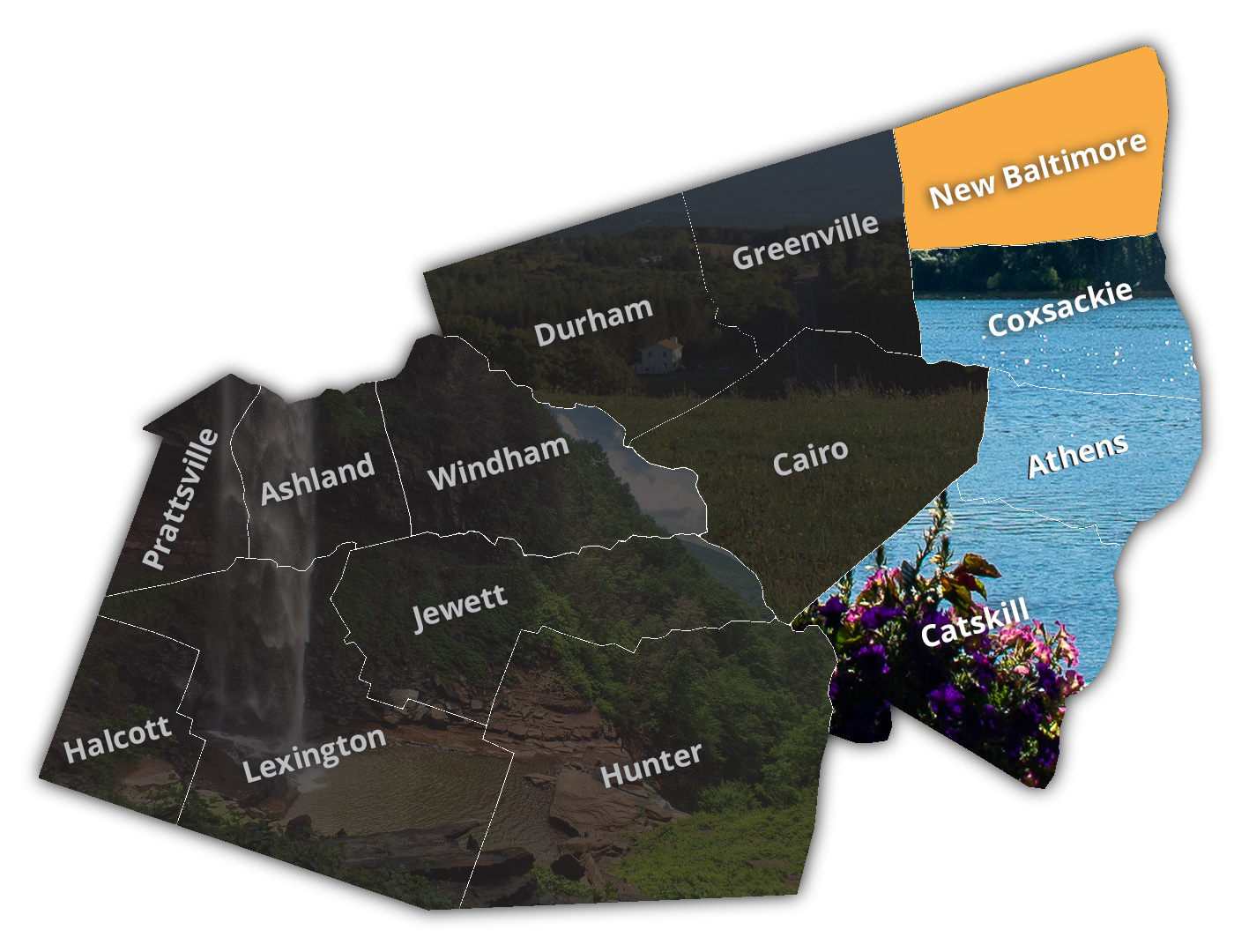 Get a View of the Area